Some 1,500 members of the Likud Central Committee on Sunday night unanimously voted in favor of applying Israeli sovereignty over Judea and Samaria and renewing the momentum of settlements construction there.

“We are here to say the obvious – the Land of Israel is ours and we will apply sovereignty over all the parts of the country,” Tourism Minister Yariv Levin (Likud) told his fellow party members.

“During the party’s central meeting, senior party members spoke with firm and resolute speeches for the Land of Israel and for our sovereign right to it, each speech was a gem in the crown of the party,” they added, and suggested that the next step would be to bring the decision to its implementation phase, in legislation led by the Likud ruling party.”

Ha’aretz responded to the vote with an editorial headlined, “Netanyahu Under Investigations, Let’s Annex,” noting that, clearly, the Likud is beginning to prepare for the day after Netanyahu.

“Not only Likud ministers expressed enthusiastic support for the conference and the sovereignty proposal,” Ha’aretz said, “Former Minister Gideon Sa’ar and Jerusalem Mayor Nir Barkat – who are both waiting anxiously for developments in the investigations – did so, in videos they published before the conference and at the conference itself.”

But other than the Ha’aretz editorial pounce, most Israeli major media outlets ignored the Likud vote in their Monday morning reports. 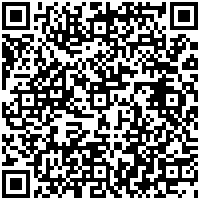