Israeli Border Guard Police officers prevented a deadly terrorist attack mid-afternoon Tuesday after spotting six suspicious-looking occupants in a vehicle coming up to the Mazmoria checkpoint on the outskirts of southern Jerusalem, leading to Gush Etzion.

The front and rear license plates on the car did not match. Moreover, the driver had no identification card at all – neither a green Palestinian Authority ID, nor an Israeli blue teudat zehut car either – and refused to answer any questions when asked. In fact, not one of the six occupants of the vehicle had any identification with them.


At that point, personnel at the checkpoint proceeded to carry out a full-scale, thorough search of the vehicle.

The soldiers uncovered a number of firebombs (Molotov cocktails) – two of them already prepared for operation – two shock (stun) grenades hidden within the car, and a bag with five sharp knives, making it clear that a major terrorist operation was underway.

“The crossing was closed, a sapper was called to the scene, and the area was cleared until the end of the investigation,” said a spokesperson for Jerusalem District Police.

The would-be terrorists, all Arab residents of the Palestinian Authority, were all taken into custody and transferred to security personnel for interrogation.

“During initial questioning, the suspects admitted they intended to go to Jerusalem and carry out an attack,” the police spokesperson said.

“There is no doubt that an attempt was made to carry out an attack that could have had serious consequences in the Jerusalem area.

“Efforts to locate, prevent and thwart attempts by terrorists to carry out their attacks are continuing throughout Jerusalem, with an emphasis on the crossings around [the capital].

“The seizure of the vehicle and the arrest of the suspects at the Mazmoria crossing is a central and added layer to the wise operational activity that is being carried out at all times,” the spokesperson added.

“The Border Guard Police officers operating in the surrounding area provide a crucial security envelope in the effort to prevent the entry of hostile elements and to ensure the safety of the residents.” 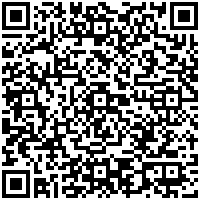