Palestinian Authority media this week are celebrating the successful application of the most racist laws on the books anywhere on the planet, prohibiting the sale of land to Jews – under penalty of death.

According to the news agency Ma’an, following a lengthy investigation, the PA General Intelligence Service (GIS) in Qalqilya on Sunday arrested four Arab real estate brokers suspected of attempting to “divert land to the occupation,” or, more simply, sell land to Israeli customers.


“Palestinian land laws” cover the ownership of land under the Palestinian Authority. These laws prohibit PA Arabs from selling Arab-owned lands to “any man or judicial body corporation of Israeli citizenship, living in Israel or acting on its behalf.”

Land sales to Jews are considered treason by the PA, because they encourage “the spread of moral, political and security corruption.” Arabs who sell land to Israelis may be sentenced to death, although death sentences have only rarely been carried out. Instead, suspects of selling land to Jews are tortured in prison by PA security forces. In 1998, Amnesty International reported that torture of Arabs accused of selling land to Israelis appeared to be systematic, and unlawful killings were also reported against those accused.

In 2012, Muhammad Abu Shahala, a former PA intelligence officer, was sentenced to death for selling land to Jews. The Jewish community of Hebron petitioned the UN, the US, and the Israeli government to step in on his behalf.

The four Qalqilya detainees this past weekend, including a lawyer, are suspected of planning to sell land to Israelis in and around Jerusalem, Qalqilya, Shechem, Tulkarm and inside the Green Line.

The GIS announced that the group worked in cooperation with land brokers inside the Green Line on a deal worth about 8 million Jordanian dinars ($11.27 million).

The suspects were arrested and referred to the Public Prosecution, and all the transactions related to the deal have been stopped, according to the report, which stated: “This was a failed a plan to transfer thousands of acres to the occupation.”

The General Intelligence Service urged the Palestinian Authority citizens to exercise caution when selling land, and to ensure that all procedures are in accordance with the law, especially in “occupied Jerusalem, the border areas and the areas adjacent to the settlements,” and to inform the authorities of any suspected cases of “diversion of land in favor of the occupation,” as this poses a serious threat to national security. 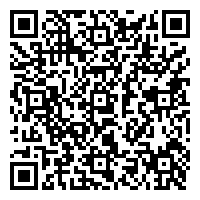