Despite the cessation of violence between rival clans in Hebron following the murder of a member of the Jabari clan, there is a growing concern in the Palestinian Authority (PA) about the sharp increase in violent incidents, and especially shootings between the clans in Hebron.

Following the assassination of Basel Jabari by unknown individuals from the Abu Aisha clan, the PA is working to calm down the city of Hebron, which is mostly under its control. The city has been in turmoil since the murder and residents reported to TPS that dozens of armed groups are still roaming the city.


“Hundreds and thousands of weapons are now being carried across the city by masked youths,” a member of the Jabari clan told TPS.

Dozens of shops were set on fire, vehicles were vandalized and residents fear the city is spinning out of control.

“The Palestinian Authority shows great weakness in the face of the large clans,” said a senior Fatah official from Hebron told TPS. He said more than a dozen murders had occurred recently in the city, mostly by members of the powerful Jabari clan, but the Authority preferred not to intervene, given fears of entanglement and clashes with the large clan, which controls neighborhoods in Hebron.

The Fatah man added that “the struggle between the clans is now becoming a conflict between rival Fatah groups that belong to the clans.” The Jabari clan publicly published the names of the murder suspects and demands that the Abu Aisha family turn them over.

Heads of families in Hebron are also blaming the governor, Jabarin al-Bakri, as the number of shooting incidents in the city has significantly increased since he has taken office.

Meanwhile, tensions in the city are easing after the Palestinian Authority addressed the heads of the families and asked them to calm things down, especially following the involvement of clerics from Jerusalem, including Sheikh Akrama Tsabari, head of the Supreme Muslim Council, and Sheikh Abd al-‘Azim Salhav, from the management of the Waqf, who headed a delegation of dignitaries to calm the situation in Hebron.

A delegation of experts on clan tribal law was organized in Jordan, but it was postponed due to signs of the rival clans’ willingness to stop the fire. The Mufti of Jerusalem warned the residents of Hebron and said that “a mobilized minority is lurking and trying to ignite conflicts among the Palestinian people.” Public figures and family heads also arrived from Jenin and announced that they would stay there until a ceasefire was reached.

The rise in violent crime is also worrying PA leaders, who have been facing an economic and political crisis for months. A number of violent incidents between clans have recently been reported in the PA’s territories. A ceasefire was reached in the city of Yatta after the murder of a member of the Abu Ali clan, in exchange for the payment of 177,000 dinars to his family by the clan to which the killer belonged. Shootings also occurred in the village of Khursa and Shuafat in the Jerusalem area.

Violent incidents were also reported against senior members of the PA’s security services. A PA officer was recently killed due to a dispute over land in Tulkarm and sources report that acid was sprayed on the face of a senior police officer, following the harassment of a young woman from a village near Ramallah. The officer was burned in the face and was transferred to Jordan for treatment.

Security officials at the PA claim that a large number of the killers, especially from Hebron and southern Judea and Samaria, fled to the Negev in Israel and found refuge.

The PA is blaming Hamas as well. A senior PA official said Hamas is behind the incitement and is working to stir up the various clans and exploit the incidents to portray the Palestinian Authority as incompetent.

Ismail Haniya, the leader of Hamas, spoke with clan leaders on Saturday and asked them to overcome disagreements and thwart “the occupation’s [Israel’s] plans to harm the Palestinian social fabric.”

A senior Fatah official said in recent months that Hamas has been operating openly, and does not shy away from the PA’s security forces, which have so far managed to prevent the organization from operating in the PA’s territories. According to him, in recent months, reception ceremonies for released Hamas prisoners and gatherings in villages, especially in northern Samaria, have been seen. 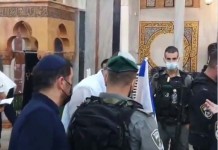 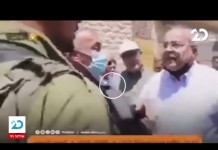 Soldier’s Father Complains Against MK Tibi for Hitting his Son