One week ago, Prime Minister Naftali Bennett, along with Zandberg, Finance Minister Avigdor Liberman, Foreign Minister Yair Lapid and other ministers announced the government has set a national goal to reduce carbon emissions from Israel’s 2015 levels by at least 85 percent.


The government set an intermediate target for 2030 of a 27 percent reduction in emissions.

Israel plans to reduce greenhouse gas emissions by cutting back on the use of carbon-emitting fossil fuels, Zandberg explained.

The Jewish State is committed to reaching the goal of zero carbon emissions by the year 2050, the government said in a statement. “In order to make sure the goals are met, the government will periodically examine the reduction targets.”

The adoption of the government resolution on the issue is an implementation of Israel’s international commitment under the United Nations Framework Convention on Climate Change. “In doing so, Israel joins dozens of countries that have already decided on a vision and strategy for a carbon neutral economy, led by the United States, the European Union, Canada, Japan and China,” the statement said.

The Environmental Protection, Energy, Finance, Transportation, Economy and Industry and the Interior ministries are allocating the funds to be implement the targets for 2030, which are to include purchasing electric buses, promoting charging stations, investing in reducing carbon emissions in industry, businesses, local authorities and more, all of which is to be carried out in cooperation with representatives of local government and industry.

“We are determined to preserve the environment and climate in the face of the challenges of a more crowded and resource-poor world,” Zanberg said.

“Israel joins the other countries working to move to a clean and efficient economy,” she added.

Here are the targets set by the government for reducing carbon emissions by 2030:

The government statement issued on July 23 added that the above process involves “partners in government ministries, the Israel Democracy Institute, local authorities, industry representatives, the business-commercial sector, academia, experts and consultants from Israel and around the world, including the OECD and environmental and civil society organizations.” 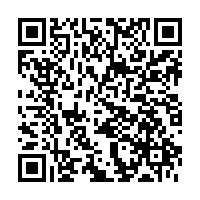