The Palestinian Authority (PA) has recently announced it will raise the salaries of the two terrorists who prepared the suicide belts which were used in the 2003 Tzrifin and Café Hillel terror attacks which killed 16 Israelis.

The two terrorists will receive NIS 7,000 per month, after having served 15 years in Israeli prisons. For the last five years, the PA paid them NIS 6,000 per month.

Monday marks 16 years since the two suicide bombing attacks, which murdered 16 people and injured 75. The first attack at a bus stop near the Assaf Harofeh Hospital and the Tzrifin military base in the center of Israel killed nine people and injured 18. The second attack in Jerusalem’s Café Hillel resulted in the murder of seven Israelis and the injury of 57.

Among the victims of the Café Hillel attack were Dr. David Applebaum and his daughter Nava, who was to be married the day after the attack.

Alon Mizrachi, the security guard at Café Hillel who was killed when he identified the suicide bomber and shoved him out of the eatery as he exploded, saving many other lives, was the uncle of Ziv Mizrachi, an IDF soldier who was murdered by a terrorist in November 2015.

Maurice Hirsch, head of legal strategies at Palestinian Media Watch (PMW), which compiled a report on the subject, noted that “according to PMW’s calculations following the PA’s own pay scale, the PA has, to date, paid the six terrorists who were arrested and imprisoned for their roles in the attacks, a total of 2,892,500 shekels.”

“In addition to the monthly salaries it pays to the imprisoned terrorists, the PA has also paid the families of the two suicide bombers – so-called “Martyrs” – a total of 356,400 shekels since the attacks. Simply because the terrorists blew themselves up to kill Jews, each family has so far received 178,200 shekels,” he said.

The PA has paid NIS 3,248,900 (approx. $930,000) in financial rewards to the Hamas terrorists who carried out the two consecutive suicide attacks, according to the PMW’s report.

“While the PA will continue to pay monthly salaries to all of the terrorists, the PA just raised the salaries of the two terrorists who prepared the suicide belts to 7,000 shekels per month. Similar to an employee of any company that receives a raise after a certain period of employment, the PA – following PA law – these two terrorists received a salary increase for having completed 15 years in prison” he added.

PMW further noted that in 18 months, the PA will also raise the salary of mass murderer Ibrahim Hamed, who is serving 54 life sentences for planning several terror attacks in which 54 people were murdered.

In addition to granting the terrorist prisoners a monthly salary, the 2004 PA Law of Prisoners and Released Prisoners prohibits the PA from signing any peace agreement that does not include the release of all the terrorists, including the murderers who carried out these attacks.

PA Prime Minister Mohammad Shtayyeh stated Thursday that the PA leadership, headed by Abbas, is “committed to paying the full allowances of martyrs’ and prisoners’ families.”

Responding to his statement, US Special Representative for International Negotiations Jason Greenblatt said that “this isn’t how you achieve peace.”

“Rewarding terrorists to kill Israelis-Pay to Slay-is horrific. It shows the true colors of some and a total lack of understanding of how to achieve peace,” he charged.

He called on donor countries which support the PA to “think twice before offering to mitigate this PA self-generated [financial] crisis.” 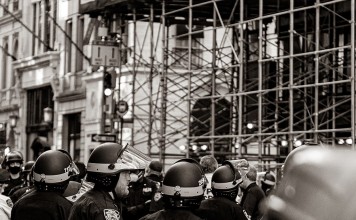 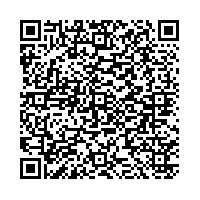