The Palestinian Authority’s (PA) Ministry of Health announced Sunday that it recorded 24 new deaths and another 1,427 new Coronavirus (COVID-19) cases over the weekend.

Shechem (Nablus), Hebron and Ramallah are hotspots, but the Gaza Strip passes them all with 560 new cases in the last day.

While Israel has launched the largest vaccination campaign in its history, the PA continues its efforts to obtain the expensive vaccine and it is unclear if and when the vaccines will reach the PA and Gaza or who will finance them, and it is not clear how the complex process to inoculate the population will even be carried out, or even how the vaccines will be properly stored.

Israel, for the time being, is the most available source to the PA.

“The Palestinian Authority is in contact and consultations with a number of medical companies and countries around the world in an effort to obtain a stockpile of vaccines against the Corona,” Hussein al-Sheikh, the PA’s Minister of Civil Affairs, told TPS.

A-Sheikh said that he “hopes that soon the Palestinian Authority will be able to stock up on enough vaccines for the local population.”

A-Sheikh also said that “the PA is in full coordination and at high levels with the Israeli Ministry of Health in everything related to the fight against Corona, the entry of medical equipment and the vaccination campaign that the Palestinian Authority is expected to conduct.”

The coordination also deals with the issue of the movement of workers between the PA and Israel.

However, according to A-Sheikh, officials have raised the concern that the Authority will not be able to meet the costs of the vaccines, since the price of one dose of Pfizer vaccine is $20, and the price of the Moderna vaccine ranges from $25 to $35 per unit.

“We are in a state of ambiguity and it is not clear when the vaccines will arrive and whether they will arrive in sufficient quantities to create a change in the existing situation,” said a source in the Ministry of Health in Ramallah.

The PA is waiting to receive the vaccines made in Russia. The PA’s Ministry of Health said last week that four million doses of the Russian vaccine, “Sputnik”, are expected to arrive by the end of the year and that a first shipment containing 150,000 injections of the Russian vaccine will arrive in the coming weeks.

Israel also ordered the Sputnik vaccine from Russia but isn’t planning on using it, so perhaps Israel will transfer the doses to the PA.

Additional vaccine doses are also expected to come from the World Health Organization and from donor countries and pharmaceutical companies, but it is still unclear which other companies will provide the vaccines to the PA, or whether Israel will do so.

The PA estimates that the quantities expected to be received from international organizations will not be enough to vaccinate the entire population, and therefore hopes that Israel will allocate them millions of vaccine doses, as this is a “strategic goal” that was also discussed in joint working meetings between Israeli and PA professionals.

A few days ago the Israeli Kan News reported that the Authority intends to vaccinate 60% of its population, but in the meantime, it seems that the Authority does not have the means to vaccinate close to 2.5 million residents (or however many citizens they really have), under the economic and logistical challenges, and fears that the vaccination campaign will last many months, which may also affect the efficiency of vaccines in Israel.

Physicians for Human Rights also recently appealed to the director-general of Israel’s Ministry of Health and to the Ministry of the Interior to provide vaccines to the PA, since it has no option to purchase vaccines independently except through Israel.

The Authority estimates that even if signs a contract with Pfizer or other companies, the scope of supply will be limited and the vaccination rate will be slow since the Authority cannot vaccinate large populations under existing conditions.

Workers from the PA in Israel, who are responsible for a large part of the PA’s revenues, are expected to be hit first by the lack of vaccines, and last week the Civil Administration in Judea and Samaria coordinated Corona tests for dozens of workers entering Israel at the Qalandiya crossing.

Meanwhile, the Palestinian Authority’s situation has worsened under a steep rise in morbidity: health teams are in a state of exhaustion following their efforts to tackle this serious public health challenge, and violence is increasing in the PA due to closure restrictions.

In the Gaza Strip Hamas is losing control of the epidemic, which raises the chance of another round of violence against Israel, as threatened by Hamas leaders. 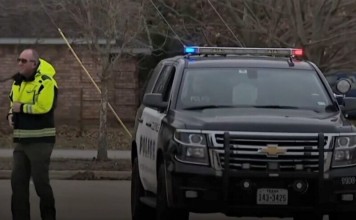 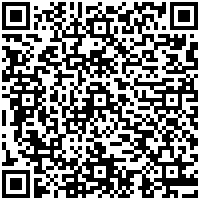