The Palestinian Authority paid about NIS 1 billion in salaries to convicted terrorists in 2017, numbers that prove the PA’s support for terrorism, the defense ministry said Tuesday.

“There is nothing that better illustrates the support of the Palestinian Authority for terrorism. It is our responsibility to put a stop to it,” said Defense Minister Avigdor Liberman.


Proposed legislation authored jointly by the defense and justice ministries together with the security establishment would enshrine in law an annual requirement for the defense minister to present a yearly report to cabinet ministers charged with overseeing national security folios with details of the PA’s previous year’s payouts to terrorists and their families.

Under the proposed law, the payments would then be deducted from the transfer of tax monies that Israel collects on behalf of the Palestinian Authority.

The ministry said the 2017 payouts included: More than NIS 550 million to released prisoners; about NIS 687 million to the families of suicide bombers; NIS 2,000 a month to Palestinian Authority terrorists serving a three-to-five year sentence in Israeli prisons; Palestinian Authority killers serving sentences of 20-35 years or more in Israeli prisons receive NIS 10,000 per month for life — a monthly salary of nearly $3,000 — more than the average Israeli salary.

“The moment that salary levels are based on the types of crimes committed – murderers sentenced to life imprisonment receive much more [than attackers who fail to kill] — they can only be seen as financing terror attacks against Israeli civilians,” Liberman pointed out. 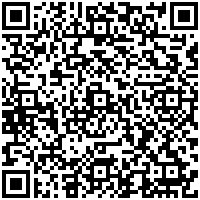