Palestinian Authority leader Mahmoud Abbas is finalizing his preparations for a command performance this Tuesday (Feb. 20 2018) in New York City, when he is set to request the establishment of an independent sovereign Arab state on the 1949 Armistice lines known as the “1967 borders” at the United Nations Security Council.

During his speech, Abbas is expected to reiterate the need to implement the UNSC Resolution calling for a two-state solution, the London-based A-Sharq Al-Awsat reported.

Neither of the aforementioned statements is new: Abbas has been harping on both themes since well before U.S. President Donald Trump entered the political arena, let alone shattered the status quo with his public recognition that Jerusalem is the capital of Israel.

Abbas is also expected to reiterate his rejection of Trump’s announcement, and the United States as a peace broker and instead, ask the United Nations to take over that role, forming a new process similar to that of the P5+1 that brokered the JCPOA nuclear deal with Iran.

“A new phase of the struggle has begun to preserve the overall goal of our Palestinian people, the Arab nation and the whole world, as well as the issue of Jerusalem in its Islamic and Christian sanctities, its heritage and history, which some are trying to falsify to justify their violation of all international laws,” Abbas spokesperson Nabil Abu Rudeina said, according to A-Sharq Al-Awsat.

He added that the speech would serve as a “message to the whole world that justice, peace and land are the only way to a secure, stable and prosperous Middle East, free from all forms of terrorism.” 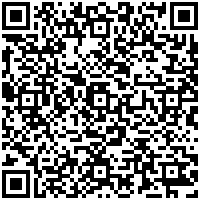