An Israeli woman, reportedly in her 40s, was killed Thursday night after witnesses said an Arab driver hit her with a vehicle near Havat Gilad at the T-junction on Highway 60, between the Jewish communities of Kedumim and Yitzhar, and then fled.

However, Samaria Regional Council chairperson Yossi Dagan maintained, “From the point of view of the military commanders in the field, and from our point of view as well, this is a terror attack for all intents and purposes.

“The junction is lit by street lamps, and there were no skid marks or other signs” that the perpetrator had attempted to stop the car to avoid hitting his victim in any way,” he explained.

“From our point of view, this is another terror attack, a cold-blooded murder of a Samaria resident on a central road in the State of Israel,” Dagan said.

The chapter head of Shomron (Samaria) United Hatzalah, Yehuda Hess was one of the first responders at the scene. “United Hatzalah EMS volunteers performed CPR on a woman who was critically injured in a car ramming incident near Havat Gilad,” Hess said. “Unfortunately, following a lengthy resuscitative effort paramedics at the scene were forced to pronounce her death due to the severity of her injuries.”

The attack took place near the site of a shooting this past January, when Havat Gilad resident Rabbi Raziel Shevach was shot to death by a Hamas terrorist on his way home. 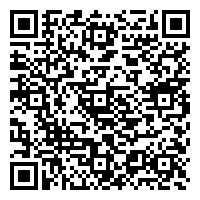