The Palestinian Authority (PA) launched its “Green Falastin” program a year ago to gain control of land in Gush Etzion, south of Jerusalem, through agricultural projects.

However, while the program has been exposed and investigated, the government has failed to act against the PA’s strategic moves, the Regavim organization has warned.

The PA purchases hundreds of thousands of olive saplings and distributes them, free of charge, to Arab residents of Judea and Samaria, directing them to plant them at pre-selected strategic points on the PA’s list of priorities for take-over. In most cases, these agricultural projects focus on land adjacent to Israeli communities, the security fence and the 1967 “green line.”

Each PA-financed sapling is tagged with a special marker that bears the PA emblem, the “Green Falastin” Project logo of the PA’s Ministry of Agriculture, and detailed catalog numbers indicating the region, year, and a serial number of each tree.

This land grab focuses on Area C under full Israeli jurisdiction, and in many cases, on land fully registered as state property.

Law enforcement against this program has been “anemic and extremely localized at best, but generally non-existent,” Regavim,  a non-government organization dedicated to protecting state land, warned Sunday.

“The Civil Administration has been dragging its feet and has not reversed the territorial gains achieved by the Palestinian Authority’s systematic program of encroachment on Israeli state land in Judea and Samaria,” Regavim is charging.

The PA’s program is boosted and sustained by the convoluted legal situation in force in Judea and Samaria. The law in force in these areas is Ottoman Land Law – a system that was abandoned everywhere else in the world a century ago. Under this system, the eviction of squatters is severely limited if the land parcel was used for agricultural purposes for a period of several years.

The PA, which is aware of this loophole, ensures that the land they have earmarked for seizure is cultivated periodically so they can claim their rights to the land when the allotted time period is over.

“Failure to enforce the law against encroachment and agricultural land-grabs encourages the spread of this phenomenon in additional areas throughout Judea and Samaria,” says Yishai Hemo, Regavim’s Field Coordinator for Judea and Samaria. “The enforcement void provides the wind in the sails of the systematic takeover of our state land. The Ministry of Defense and the Civil Administration must stop the agricultural occupation.” 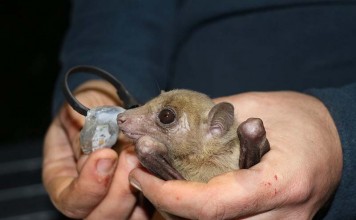