Israeli journalist Barak Ravid on Tuesday night gathered his notes via Twitter on the timeline of Prime Minister Netanyahu’s communication with the Trump White House regarding his plans to reveal Iran’s “nuclear archive” and the lies on which the 2015 nuclear deal was based.

According to Ravid, Netanyahu briefed President Trump in March on the capture of the Iranian “nuclear archive” by the Mossad. Netanyahu decided to publicly expose the documents on Monday in anticipation of the upcoming May 12 deadline for Trump to renew or drop his support for the nuclear deal with Iran.


Ravid cited am Israeli official who told him that during a meeting at white House on March 5, Netanyahu presented Trump and his senior cabinet members – Pence, Mattis, Tillerson and McMaster – with an initial analysis of the “Iran Nuclear archive.”

Last Saturday, Netanyahu spoke to Trump over the phone and updated him on his plan to reveal the new intelligence later in the week. A day later, the PM met in Tel-Aviv with Secretary of State Pompeo and gave him a similar update.

The Israeli official added that Israel wanted to publicly release its new intelligence following the White House visits by French President Macron and German Chancellor Merkel last week, to try to convince Trump not to withdraw from the Iran deal.

The Israeli official told Ravid: “We are facing a major decision by President Trump regarding the nuclear deal. Last week was for the Europeans, and this week is our week.”

According to Ravid, Mossad discovered the existence of an Iranian “Nuclear archive” in February 2016, as the nuclear deal was being implemented. The Israeli official told Ravid Mossad had received intelligence that showed the Iranians were trying to hide all the documents which dealt with the military dimensions of their nuclear program. The official said that in a highly secret operation known to a handful of Iranian officials, the Iranians transferred tens of thousands of documents and CD’s from several different sites around the country to a civilian warehouse in Tehran.

The Israeli official said the Iranians were afraid that in its Iran deal inspections, the IAEA would discover the incriminating documents.

Mossad placed the Tehran warehouse under surveillance and started preparing for a possible operation to seize the documents. According to Israeli officials, more than 100 Mossad spies worked on this operation and in January 2018 it was carried out.

A senior Israeli intelligence official told Ravid that Mossad managed to put its hands on most of the documents in the warehouse. “We didn’t take everything because it was too heavy,” he said.

An Israeli official said the CIA and the White House knew about the Israeli efforts to capture the “Iranian nuclear archive.” Israel briefed the US immediately after the successful operation had been completed.

On March 5, Prime Minister Netanyahu met Trump and the Senior members of his cabinet and briefed them on the details of the new intelligence. An Israeli official said that Mossad handed the CIA copies of all the 100,000 documents it had obtained.

An Israeli official told Ravid: “The documents tell us new things about the military dimensions of the Iranian nuclear program. Things we didn’t know before. The documents give us new details about Iranian R&D sites, sites for possible nuclear tests, and the individuals involved.”

Some scientists are crossing those Tehran streets very carefully these days… 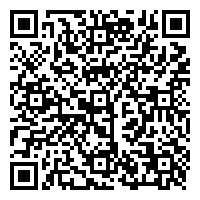