Israel’s Security Cabinet has stalled a decision on whether or not to transfer a small portion of land from Area C in western Samaria in order to enable the Palestinian Authority to expand Qalqilya.

A prior decision that allowed the city to build 14,000 housing units to relieve overcrowding in its burgeoning population was fiercely challenged by a number of Israeli government ministers this week. Defense Minister Avigdor Liberman supports the plan, saying it reinforces “good behavior” on the part of citizens in the Palestinian Authority who maintain a quiet demeanor in the territory.


The city is also not far from the key north-south Israeli artery, Highway 60.

Jewish Israelis in Judea and Samaria wonder why their own communities are in deep freeze, while Israel is discussing plans to build thousands of housing units in a Palestinian Authority city in an area that, under the Oslo Accords, is under the sole governance of the State of Israel.

They’ve expressed that outrage to Bayit Yehudi Minister Naftali Bennett and other party ministers in the government, who in turn conveyed the message in the meeting.

The debate became so heated that Prime Minister Benjamin Netanyahu adjourned the meeting and any further discussion in the security cabinet for the next 10 days, according to a statement from the Prime Minister’s Office (PMO).

In the meantime, the details of the plan – which was allegedly approved months ago – are to be reviewed by the National Security Council. 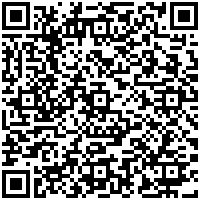