The Shin Bet announced on Monday that in recent months it has exposed and thwarted an attempt by the Islamic Jihad in the Gaza Strip to establish a terrorist infrastructure in Judea and Samaria that would carry out attacks against Israeli targets. In the process, the Shin Bet and the IDF arrested several Arabs from Jenin and the surrounding villages, who had been recruited for terrorist activity by the Islamic Jihad from the Gaza Strip.


The investigation showed that the members of the cell that was arrested received training materials from the Gaza Strip and created a rocket-shaped, quality explosive device, with which they planned to carry out an attack on Jewish farmers in the area.

Among the detainees is Yasmin Shaaban, 40, a resident of the village of Jalama near Jenin and mother of four. Shaaban is an Islamic Jihad activist who has served a prison sentence for involvement in planning a suicide bombing. Another cell member is Muhammad Yassin, a resident of the village of Abu Daif near Jenin. The cell members were recruited by Nabil Ahmad Judeh, a resident of Rafah in the Gaza Strip and an Islamic Jihad activist involved in locating and recruiting young people.

The cell received direct instruction from Gaza on setting up attacks against Jews in Judea and Samaria. Last week, Yassin and Shaaban were indicted on severe security violations. Four more cell members have also been indicted.

According to Israeli media, so far, the Shin Bet has been able to thwart some 20 planned attacks by various terrorist groups, especially in Samaria. The arrests followed a more aggressive policy of raids on PA Arab villages followed by arrests and confiscating weapons, ammunition, and explosives. 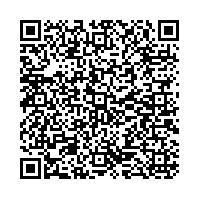