Israeli security personnel saved countless Jewish lives by implementing the so-called “gift protocol” – the procedure that is used when a potential explosive is discovered.

Security inspectors at the Reihan Crossing west of Jenin discovered a powerful 10-kilogram bomb (22 lb.) hidden in the roof of a Palestinian Authority Arab truck. The terrorists planned to use the bomb during Yom Ha’atzmaut, Israel’s Independence Day which begins this evening.

The truck, which was stolen, did not match the license plate – which belonged to an entirely different vehicle.

The crossing was closed and the Arab driver was arrested.

The delivery truck was loaded with merchandise prepared for delivery to Jewish communities along the “Green Line,” also known as the 1949 Armistice Line.

IDF soldiers, a Shin Bet intelligence officer and a unit of military sappers were immediately summoned to the scene.

“I am proud of the security inspectors who acted precisely as we expect them to, from identification of the suspicious truck to the identification of the attempt to smuggle the “package” that turned out to be a bomb which was apparently intended to be used in an attack on Yom Ha’Atzma’ut (Independence Day),” said Defense Ministry Crossing Authority director Erez Sidon.

As of late afternoon Wednesday the bomb squad was still working to dismantle the explosive. 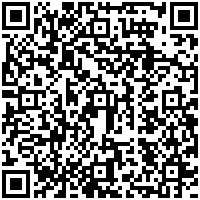