Samaria residents woke up in shock Wednesday morning to the news of the tragedy that hit the Lipnik family from Shavei Shomron, who lost two of their children Tuesday night in a fatal car accident. An initial police investigation of the accident concluded that the Arab driver involved in the crash was speeding and as a result hit the safety rail and was thrown back to the middle of the road, blocking the Lipnik’s car’s path.

11 were hurt in the head-on collision on Route 557, near Shavei Shomron junction. Six members of the Lipnik family were traveling in the family vehicle, among them Uri, 12, and his younger brother Roi, 8, who were killed.

Both Lipnik parents, Shirly and Ohad, are hospitalized in the Meir Medical Center in Kfar Sava, alongside their 13-year-old son, Achia, all three are severly injured.

Fathi ‘Abd al-Karim Abu Shanab, a resident of Tulkarm, died at the Tulkarm hospital, where he had been evacuated. An Arab passenger, 25, who was trapped in a vehicle, was evacuated by helicopter to Beilinson Hospital in Petah Tikva. The three other Arab passengers, who are in moderate condition, were evacuated to the hospital in Tulkarm. 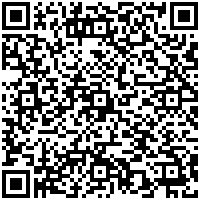