The Palestinian Authority on Tuesday denounced Israel’s finance ministry decision to cut $147,000 from the taxes it collects on behalf of the PA to “compensate collaborators.”

Back in June, the Jerusalem District Court sided with dozens of Arab plaintiffs who sued the PA for health and mental damages after its security forces arrested and imprisoned them in detention dungeons where the plaintiffs were tortured, their healthy teeth were pulled and urine was injected into their veins by PA interrogators.


The court ruled that the PA is responsible for the damages of 51 out of the plaintiffs, while determined that it did not have jurisdiction over 8 plaintiffs, suggesting they take their case to a court in Ramallah. The court also ruled for the amount the PA must compensate the 51 plaintiffs to be determined later, but meanwhile ordered it to pay the plaintiffs $147,000, and the expert witnesses $264,000.

The PA refused to recognize the court’s jurisdiction over its affairs, and the Finance Ministry, which normally deals with such lawsuits by cutting the judgment sum out of the taxes it collects on behalf of the PA, was dragging its feet since the June verdict, until they agreed to set up a meeting with the PA and the plaintiffs – which the PA postponed. At that point, Finance Minister Moshe Kahlon (Kulanu) got involved and ordered that the money be paid according to the court ruling, out of the PA’s tax revenues.

“This amount is only the first installment in a series of payments that could reach millions of shekels the Israeli government intends to seize for this dubious allegation” said a Palestinian Authority government statement, complaining that “this measure is nothing more than an Israeli piracy of Palestinian funds and is part of a policy to seize Palestinian tax revenues.”

The PA said it plans to “take all necessary measures to retrieve the Palestinian financial rights.” Good idea – and don’t forget the part about pulling healthy teeth and injecting urine into suspects’ veins. 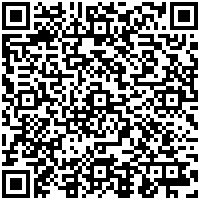