IDF soldiers stopped a terrorist attempting to stab forces at the Elias Junction in Kiryat Arba on Wednesday afternoon (Sept. 13), according to the Tazpit Press Service, quoting the Hatzolah emergency response service in Judea and Samaria.

The teenage terrorist, 15-year-old Issa Darda’at, was shot and reportedly neutralized by an armed Israeli civilian as he attacked an IDF soldier at the junction.


An Israeli military medic then cared for his wounds until Magen David Adom emergency medics arrived from Jerusalem. 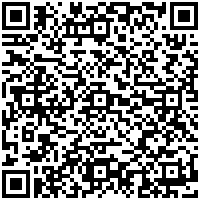