The terrorist rammed his vehicle directly into the group of soldiers standing at the entrance to the village, according to the IDF spokesperson’s office.


Two of the wounded soldiers, a male and female, were evacuated to Sha’are Zedek Medical Center in Jerusalem. A third soldier who was lightly wounded was treated at the scene by the Magen David Adom emergency medical response team.

“In response to the immediate threat, forces fired shots towards the assailant, and a hit was confirmed,” the IDF said in a statement.

The terrorist was identified as a 29-year-old married father of one son and a resident of Hebron. He died of his wounds at the scene.

In accordance with Palestinian Authority law, it is likely his family will now be granted a lifetime monthly financial stipend as a reward for his “heroism” and his “martyrdom.” Since he did not kill anyone, Israeli law does not mandate that his family home be destroyed.

The physical injury and trauma he caused to his victims will be treated, but no deterrent action is likely to be taken, because little other than what is already taking place, is possible under the current circumstances. 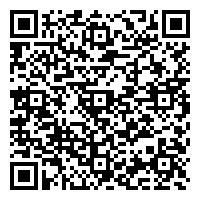