The Custodian of the Two Holy Mosques, King Salman of Saudi Arabia personally intervened in the Temple Mount crisis via the United States, according to a report posted Tuesday by the Arabic-language Elaph website, based in London.

The decision by Prime Minister Benjamin Netanyahu and top Israeli security officials late Saturday night to reopen the holy site to Muslim worshipers, visitors and tourists allegedly came after receiving a message from the Saudi monarch via the White House.


Moreover, the Saudi king expressed no reservations about Israel’s decision to upgrade security by installing metal detectors at the entrances to Jerusalem’s Temple Mount in the wake of the terror attack last Friday that left two Israeli policemen dead and others wounded.

“The issue of metal detection machines, said the source, is a matter that has become routine in the holy places because of terrorism, which strikes without discrimination and in most places regardless of the sanctity of the different religions,” reported Elaph.

The Grand Mufti of Jerusalem, Muhammad Hussein, warned followers that their prayers would not be accepted in Heaven if they pass through the metal detectors to enter the Temple Mount for prayers in Al Aqsa Mosque — the third holiest site in Islam.

Given that King Salman is the Custodian of the Two Mosques, Islam’s two holiest sites, one might consider his authority to overrule that of the Mufti in spiritual matters such as effect of metal detectors on the human body and its ability to convey prayer to heaven.

Israel’s prime minister also reportedly invited King Salman and Saudi officials to visit the Al Aqsa Mosque to see “the situation on the ground,” but “received no response.”

In addition, Netanyahu reiterated his pledge via the White House that Israel would maintain the status quo at the site, the report noted, adding Jordan was also involved in the communications. Israel’s prime minister, Elaph reported, told Jordan’s King Abdullah II he was not pleased about remarks by Jordan’s parliamentary speaker, Atef Tarawneh over Al Aqsa, which he considered “irresponsible.”

On Tuesday, Tarawneh added to the incitement, commenting from the podium of the Jordanian Parliament that the legislative body “is documenting all the racist laws of the Knesset that support the settlements and the occupation, and we will spread them to all the parliaments that are brothers and friends of Jordan around the world.” 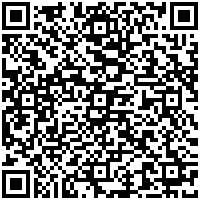