Only half of the money the PA transfers to terrorists and their families will be automatically deducted from the customs and taxes Israel collects and transfers on behalf of Ramallah, Walla reported Tuesday. Regarding the remaining half, the political-security cabinet will be allowed to exercise discretion and decide “for special reasons of national security and foreign relations of the state,” not to deduct it, or to decide on a temporary freeze or on its transfer, in whole or in part, to the Palestinian Authority.

This has been the compromise proposed by Defense Minister Avigdor Liberman recently in the bill to “offset the salaries of terrorists.”

The bill was initiated by MK Elazar Stern (Yesh Atid), together with a group of MKs, including the chairman of the Foreign Affairs and Defense Committee, MK Avi Dichter (Likud).

The original bill determined that any amount found to be transferred by the PA to terrorists and their families would be deducted entirely without the discretion of the Cabinet. The government blocked Stern’s law and asked the Defense Ministry to draft a new version, which added a clause according to which the political-security cabinet can decide whether to deduct, freeze or transfer half the sum.

The original bill sponsors objected to this change, claiming that “it leaves the current situation in place.”

The bill was approved by the Knesset plenum in its first reading, with a commitment by the Defense Ministry to find a more extreme version that would be agreed upon by the MKs as well.

On Tuesday, the Foreign Affairs and Defense Committee is expected to discuss the compromise bill before it is approved for second and third readings. The new version determines that half of the amount will be deducted immediately, as stated, and the remainder will remain at the cabinet’s discretion.

The MKs have demanded that the sums be deducted each year, and not every month, and Liberman is expected to accept their position. 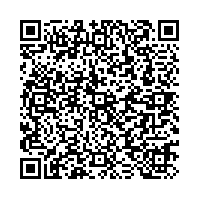