Greenblatt met with Abbas at the Muqata, in the Palestinian Authority capital of Ramallah, in Samaria.

Abbas committed to preventing inflammatory rhetoric and incitement, according to a readout of the meeting from the U.S. Consulate in Jerusalem. He emphasized that the Palestinian Authority sees the two-state solution as its “strategic source.” He also said he’s looking forward to discussing the possibilities for peace directly with President Trump during his upcoming visit to Washington DC.

The two men also talked about building up the Palestinian Authority security forces and improving its economy.

In a tweet late in the day, Greenblatt called the meeting a ‘positive, far-ranging exchange about the current situation.’

Prior to the meeting in Ramallah, Greenblatt met with a group of Arab hi-tech entrepreneurs. 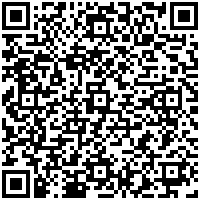