Photographic evidence shows that the Palestinian Authority terrorist who stabbed a border policeman at the Ayosh junction near Ramallah on Friday hid among journalists covering clashes there before carrying out the attack, Border Police said Sunday.

A Border Police Officer was moderately injured by stab wounds to the upper torso in the incident. The assailant was shot and neutralized by other Border Police officers on the scene and evacuated by the Palestinian Red Crescent in critical condition.


He later died of his wounds.

Photo footage from the scene showed the man was wearing an explosive belt, however Palestinian Authority officials claim it wasn’t a real bomb.

The Border Police published photos Sunday showing the assailant standing among a group of photographers and journalists. The photos were taken around half an hour before the attack was carried out. A Border Police spokesman said the assailant had taken advantage of the presence of journalists to surprise the force.

The spokesman added that while there have been several instances of late in which “terrorists have used the presence of journalists and emergency crews” in order to attacks soldiers and police officers, there would be no change to the policy of allowing free coverage of events. 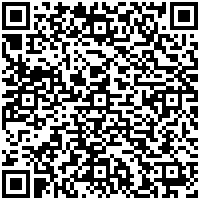