Israel’s rumor mill spun out of control with reports that Facebook is buying the Israel’s Waze for up to $1 billion, but neither company has officially confirmed that negotiations are taking place.

The Waze app has more than 45 million users, who share road location data with other users. The app connects with Facebook, showing tens of millions of Facebook users where their friends are and also use information to help them navigate traffic quicker.

Facebook has been burned before, when premature leaks of the purchase of the Israeli-based Face.com company almost ruined the deal because the price of Face.com soared.

Previous reports on talks by Waze have proven to be nothing more than rumors, and  the Israeli Globes business website reported on Thursday that a $ 1 billion price tag, double the amount that was rumored a few months ago, may be too rich.

Waze has a highly successful navigation map but does not have a platform that can generate income for Facebook.

“What search is for the Web, maps are for mobile,” Waze Chief Executive Noam Bardin said at a mobile conference last month. “The searches you do on mobile that actually are monetizable, and are different from the Web, are searches that have to do with location.”

A Facebook buyout of Waze would help make it easier for Facebook’s 750 million mobile users to find they want on their smart phones. through Facebook. That means more ad revenues for Facebook – and  less for Google. 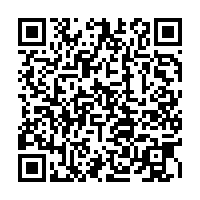