IDF Chief of Staff Lt. Gen. Gadi Eizenkot has issued an order that as of Monday night every IDF combat soldier will be taking their assigned personal weapon along when they go on leave. Eizenkot also ordered commanders to instruct soldiers on the proper response to a security incident, with the intent of seeking contact with the enemy and concluding the event as securely and quickly as possible. Soldiers will also be instructed on securing their weapon while on vacation.

MK Amir Ohana (Likud) who heads the Knesset pro-gun lobby, supported the Chief of Staff’s decision, saying it “complements the correct decision made earlier by Internal Security Minister Gilad Erdan (Likud), to permit security guards to do the same.” Ohana suggested that “the next step government should take is to ease up on the current stiff restrictions on gun ownership, in order to enable more law-abiding citizens to defend themselves, and not with umbrellas and shopping carts.”

Earlier, Nahal Brigade commander Colonel Amos HaCohen decided to investigate the facts surrounding the late Sgt. Yanai Weissman’s leaving his bas on a scheduled vacation without his weapon, only to end up being the latest murder victim in a terror attack last week at the Ramy Levi supermarket branch in the Sha’ar Binyamin industrial park. The IDF spokesperson issued a statement saying the new push for sending soldiers out on home leave with their weapons is a consequence of said investigation.

Sgt. Weissman, 21, grew up in the Binyamin region, got married while serving in the army and had a 4-months-old baby girl. His wife was on family leave, and the three of them had been shopping when the attack took place.

The investigation so far has the two terrorists, ages 14 and 15, loitering freely around the store for 25 minutes without ever being challenged, after the security guard had let them in. The same guard is being investigated for negligence, since he can be seen clearly on store camera tapes checking the two boys for weapons and failing to discover the knives they each had hidden on their person. 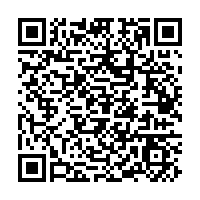