Former president Donald Trump criticized American Jews on his new social media site, Truth Social. “No President has done more for Israel than I have. Somewhat surprisingly, however, our wonderful Evangelicals are far more appreciative of this than the people of the Jewish faith, especially those living in the U.S.,” he wrote.

“Those living in Israel, though, are a different story — Highest approval rating in the World, could easily be P.M.! U.S. Jews have to get their act together and appreciate what they have in Israel — Before it is too late!”

Numerous groups, such as the ADL and the Democrats, attacked Trump’s statement as antisemitic.

President Trump moved the US embassy to Jerusalem recognizing unified Jerusalem as the capital of Israel, recognized the Golan Heights as sovereign Israeli territory, launched the Abraham Accords which opened up peace between Israel and the UAE and other Arab countries, and was a step away from recognizing Israeli sovereignty over parts of Judea and Samaria.

In Israel, Trump’s actions are highly appreciated and he is not considered antisemitic. Trump is also very popular among many Orthodox American Jews, who happen to also be very pro-Israel.

The Truth Social network is not yet available in Israel. 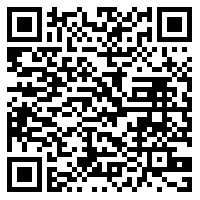