Syrian rebels carried out a massive rocket attack on a Syrian army ammunition depot in Homs Thursday, killing more than 40 people and wounding more than 100.

The blast stopped, for the time being, slowed down a relentless Syrian army offensive to take back control of Homs, a key commercial center and a stronghold of rebel forces in the civil war.


The ammunition depot is located in a pro-government area of the city, and the casualty count is expected to rise.

The Syrian official news agency SANA denied there was a blast and said that “terrorists” struck at the entrance of Homs, wounding dozens of civilians, four of whom “were later martyred.”

“Those reports broadcast by channels, which are partners in the Syrian bloodshed, are categorically untrue and aim at raising the morale of the armed terrorist groups after the big losses they inflicted in many regions of Homs, particularly in al-Khaldiye,” it reported from “a source.”

“The source added that this coward [sic] act will not affect the army courageous soldiers, but it will increase their determination to rescue Syria from the dirtiness of terrorists,” the news agency stated.

Meanwhile, the United Nations continues to talk and set up teams to investigate the use of chemical weapons in the war, which officially has killed 100,000 people while unofficial estimates warn of twice as many deaths.

Millions of people have fled their homes, many of them to neighboring countries. 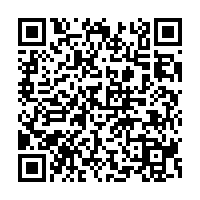