Israel has informed thousands of Africans who entered the country illegally in the past decade that they must leave in the next three months or face jail. But there is a financial stipend for those who cooperate and leave by March 31.


“Every country must guard its borders,” said Prime Minister Benjamin Netanyahu at the opening of a special cabinet meeting to address the matter on Wednesday. “Protecting the borders against illegal entry is both a right and a privilege of a being a sovereign nation. To this end, we carried out two large projects: the construction of a barrier to block the massive infiltration into Israel from Africa. This fence is built on our border with Sinai, and in my estimation has prevented the attempts of hundreds of thousands of infiltrators. Others arrived but did not reach Israel.”

Netanyahu said the illegal migration to Israel has now been stopped, and infiltration is at zero. “Zero,” he said. But now, “there is a second job… to remove the infiltrators who entered Israel illegally before the construction of the barrier.” Originally there were about 60,000 infiltrators, he said. The state has succeeded in sending home 20,000 thus far. This year, the state sent home about 4,000. A major effort is now underway to remove most — “a significant number” — of those who remain, and who are still “illegal infiltrators in Israel.”

“We are presenting to them a government plan that begins today,” Netanyahu said, adding that in his two trips to southern Tel Aviv a few months ago with government ministers to assess the truth of complaints from residents about the “nightmare” caused by the influx of illegal migrants to the neighborhood, he was sadly impressed by the amount of damage caused by the infiltrators to the area.

“We toured the area twice,” he said, “once during the day and then a second time — Aryeh Deri remembers it well — at night, because I wanted to appraise the situation without people knowing that the prime minister and senior ministers were coming; so we went around at night.

“And it’s entirely clear, we can see, things are as they were stated, we can see the distress of the residents, those who have lived in the neighborhood for so many years. We went up to their apartments, we spoke with them and we saw the lawlessness, the disintegration of law and order, and the loss of a sense of personal safety and many other things.

And so now we are making good on our promise: to restore the calm, the sense of personal safety and the law and order to the residents of south Tel Aviv and the residents of many other neighborhoods.”

The cabinet ministers approved the budget and plan for enforcement during the meeting.

The Population and Immigration Authority has already notified the migrants from Sudan and Eritrea, as of January 1, they have to return to their own countries, or to a third nation – either to Rwanda or to Uganda, Interior Minister Aryeh Deri said.

Those who comply with the directive by March 31 will receive a payment of $3,500 along with free airfare and other incentives. Netanyahu said their security upon arrival in their home countries has already been guaranteed through diplomatic arrangement between Israel and the various African nations.

Those who don’t voluntarily cooperate will end up staying as guests of the Holot Prison facility until they are deported.

“I think it’s important that people understand we are doing absolutely nothing illegal here, and something that is absolutely essential. And the infiltrators have a simple choice: either to cooperate with us and to leave voluntarily in an honorable, respectable, humane, legal fashion, or, naturally, we will be forced to use the other tools at our disposal, also completely legal.

“I hope they choose to cooperate with us.”

Netanyahu thanked the Ministers of the Interior, Finance, Public Security and the heads of the security services for coordinating the project and cooperating between each others’ departments.

“We’re on the way to solving a very painful problem.”

IDF Retaliates in Lebanon After 4 AM Rocket Attack 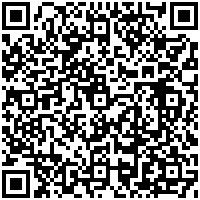