The African Muslim nation of Sudan and Israel are moving towards normalization after Chairman of the Sovereignty Council of Sudan, Lieutenant General Abdel Fattah al Burhan met Monday with Israel’s Prime Minister Benjamin Netanyahu for two hours in Entebbe. Mossad international intelligence chief Yossi Cohen accompanied Netanyahu as part of his delegation on the visit.


“Prime Minister Netanyahu believes that Sudan is headed in a new positive direction and he expressed his views to the Secretary of State of the United States of America,” Netanyahu’s spokesperson said in a statement sent to media. “The Chairman of the Sovereignty Council of Sudan, Lieutenant General Abdel Fattah al Burhan, is eager to help his country modernize by taking it out of isolation and putting it on the world’s map,” the statement added.

Museveni and his cabinet met with Netanyahu during the visit at the former’s presidential residence.

US Secretary of State Mike Pompeo invited Sudan’s leader to visit Washington DC on Sunday, just a day prior to his meeting with the Israeli prime minister. Last December, Pompeo announced that the two nations plan to exchange ambassadors; the move comes after ties broke off in 1993, when the United States declared Sudan to be a state sponsor of terrorism.

Prior to leaving Israel, Netanyahu had said little about the upcoming trip, other than to tell reporters, “I hope that at the end of the day we will have very good news for the State of Israel. “Israel is returning to Africa in a big way; Africa already returned to Israel. These are very important ties for diplomacy, for the economy, for security and more will be revealed.”

Normalization of ties with Sudan would be helpful to Israel in a number of ways, including allowing Israeli aircraft to enter Sudanese air space, thus reducing the flight time by as much as three hours on routes from Tel Aviv to South America and other destinations.

Sudan officially declared war on Israel in 1967 along with the other Arab nations; up to this point there has still been no formal peace treaty or even a truce between our two nations.

Netanyahu and his wife Sara also laid a wreath near the memorial sign for Operation Entebbe, which is posted on the control tower at Entebbe Airport, a few meters from where the prime minister’s brother Yoni fell in action, saving the lives of more than a hundred hostages held by terrorists. This time, Netanyahu had an interesting story to relate.

“This is the fifth time that I am standing in this place, a few meters from where my brother Yoni fell. This always causes waves of emotion, of longing and of pride,” Netanyahu said.

“When my wife and I came here with our two sons on one of the visits, President Museveni arranged a memorial ceremony here for the soldier who fell, which was truly incredibly moving.

“Afterwards in the tent on the side, I asked him – it was unusual to establish here a memorial to a foreign unit that entered by force, and also took the lives of many Ugandan soldiers. He said: ‘I want you to understand the significance of the operation.

“‘We fought Idi Amin, who slaughtered 500,000 Ugandans. We were in the jungle and we heard about the raid on Entebbe and we understood then that it is possible to defeat evil.’ And this is what the memorial behind me says, that with courage, strength of spirit and heroism, it is possible to overcome any evil. I think that this is what Entebbe symbolizes and this is what, to a large degree, symbolized Yoni’s life and death.” 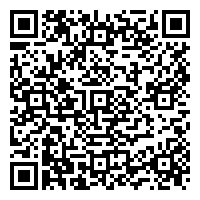