The Supreme Court on Tuesday dismissed the appeal of Malka Leifer, a former principal from Melbourne, Australia, who is facing 74 charges of child sex abuse. The court ruled that Leifer must face a panel of psychiatric experts to examine whether she is able to stand trial, and if she is, she must be extradited to Australia.

The ruling followed a statement filed with the court by Leifer’s lawyers a month ago, that their client would not stand before the psychiatric committee, and that she is asking the court to permit her to remain in Israel and quash the extradition request from the Australian government.


Jewish Community Watch (JCW), a Jewish organization dedicated to the prevention of child sexual abuse (CSA) within the Orthodox Jewish community, issued a statement Tuesday saying that “while it is difficult for us to handle the great procrastination in this case, we are pleased that the Supreme Court rejected the claims against the panel of experts and adopted the district court’s decision on the matter. We hope that the expert panel’s decision will confirm our claims regarding Leifer’s competence, hasten her extradition to Australia, and pave the way for justice for her victims.”

In early 2019, Police launched an investigation against various officials, including Deputy Health Minister Yaakov Litzman (UTJ), on suspicion of obstruction of justice in Leifer’s case. In his interrogation, last August, Litzman denied any connection to the case and claimed that he had not been involved at all.

At the conclusion of the investigation, Israel Police said it apparently had sufficient evidence for an indictment against Litzman for committing fraud, breach of trust, and witness manipulation in the extradition case, as well as in one other case involving a dubious kosher certification. 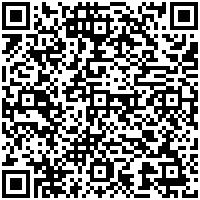