Billionaire Chairman of the Board of Apotex, philanthropist Barry Sherman and his wife, Honey, were found dead in their Toronto mansion on Friday. Local Police has stated that “the circumstances of their death appear suspicious and we are treating it that way.”

Canadian pharmaceutical corporation Apotex, founded in 1974 by Dr. Bernard Sherman, is the largest producer of generic drugs in Canada, with sales exceeding one billion CAD a year. According to Forbes, Sherman had an estimated worth of $3.2 billion (USD) at the time of his death, and was the 12th-richest person in Canada.


Sherman has donated a record $50 million to the United Jewish Appeal. He built a major addition to the geriatric Baycrest center, as well as to other Toronto-area community centers and hospitals.

The Toronto Sun, and The Globe and Mail cited a police source that said the bodies were found hanging from a railing around a basement pool. One police theory suggests Barry Sherman, 75, killed his wife, 70, hung her body and then hanged himself.

The couple’s four children refuted that theory in a statement saying, “Our parents shared an enthusiasm for life and commitment to their family and community totally inconsistent with the rumors regrettably circulated in the media as to the circumstances surrounding their deaths.”

Ontario Health Minister Eric Hoskins tweeted: “I am beyond words right now,” at the death of the Shermans, whom he described as his “dear friends,” and “wonderful human beings.” 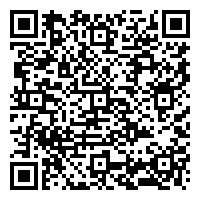