Canada’s Leader of the Opposition Andrew Scheer pledged to recognize Jerusalem as the capital of Israel if his party forms the government in 2019, according to a report in CBCNews.

Scheer described his party as “a strong voice for Israel and the the Canadian Jewish community.”

Canada’s Conservatives led by Andrew Scheer will recognize Jerusalem as Israel’s capital when we form government in 2019.

Canada’s Conservatives have been, and always will be, a strong voice for Israel and the Canadian Jewish community.

Israel is one of Canada’s strongest allies and a beacon of pluralism and democratic principles in a turbulent part of the world.

Canada’s Conservatives recognize the obvious fact that Israel, like every other sovereign nation, has a right to determine where its capital is located.

Jerusalem is the capital of Israel.

Scheer did not say if he would also move the Canadian embassy to Jerusalem, and according to his spokesman, Jake Enwright, moving the embassy would be discussed when his party forms the government. 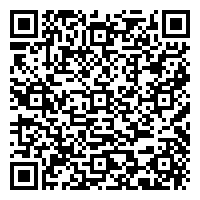