A Holocaust monument in the Netherlands was smeared with blood and mud last week, shortly after the nation honored its war victim on May 4, Netherlands’ Memorial Day.

Police said they didn’t know how the filth was applied to the monument, which was unveiled in 2015 and which is engraved with the names of 1,239 Jews who were shipped to their deaths from the city, Utrecht.


In addition to the anti-Semitic vandalism at the monument, there were a number of other incidents as well around the same time, including “Nazi-like posters” hung up at the GroenLinks office.

The type of blood used was unknown, according to the report, published Wednesday by RTV Utrecht, which did not provide details on the desecration. The monument is allegedly to be cleaned by the end of this week.

The police also said they weren’t sure the perpetrators intended to target a Jewish symbol. The monument is built on the train station from which the Jews were deported to the death camps, and the Dutch Railway Museum had opposed the plans to build the monument near its entrance in 2013.

A police spokesperson said the contamination of the monument is under investigation. 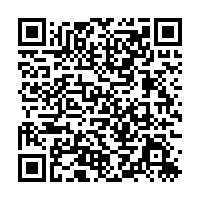