Prime Minister Benjamin Netanyahu on Monday reminded EU High Representative for Foreign Affairs and Security Policy Federica Mogherini at the European Council headquarters in Brussels, that “in security, Israeli intelligence has prevented dozens of terrorist attacks, many of them on European soil, and I think countless lives have been saved as a result of this cooperation that is well-known to the security services of many European governments.”


As to helping secure Israel’s European allies, the PM promised: “We’ll continue to do so as part of our common battle against terrorism.”

“Israel is the strongest power in the Middle East that is preventing the spread of militant Islam, not only preventing ISIS attacks in Europe, but also preventing the collapse of many parts of the Middle East adjacent to Israel that would otherwise be taken over by these militant Islamists, driving many, many, many millions into Europe,” Netanyahu asserted. “So, obviously, we do so to protect ourselves, but in so doing, I believe that Israel serves a very important security function for the people of Europe in ways that are not always understood, but increasingly are appreciated by the relevant governments.”

Turning to Israel’s other strong suit, the PM said, “We are in a revolution, a great revolution in the world. The future belongs to those who innovate. Ten years ago, the ten leading companies in the world were five energy companies, one IT. In a brief span of a decade, that’s been completely reversed—five IT companies are now in the top ten, one energy company left, which went from number one to number five.”

“The revolution is big data, artificial intelligence, connectivity—the net,” Netanyahu continued. “New industries are created out of thin air. Israel now has a car industry. […] Our car industry receives tens of billions of dollars of investment, including 15 billion a few months ago, when Intel bought an Israeli-based autonomous vehicle company. […] We have 500 startups just in autonomous vehicles and Waze and crowdsourcing that are important, that are changing the face of transportation.”

“Digital health—another example [of things] being developed in Israel; precision agriculture, IT, cyber—Israel now has received 20% of the global private investment in cybersecurity,” Netanyahu boasted. “Can we live without cybersecurity? Can you protect your bank accounts, you electricity grids, your civil aviation, your cars in the future? You need cybersecurity; Israel is a world partner.”

“Therefore, the partnership between Israel and Europe is vital; in my opinion, it’s important not only for us—clearly it is, I wouldn’t be here otherwise—but I think it’s important for Europe. And many, many countries around the world understand that, that Israel is the partner for innovation, and innovation is the future. So this is the second point,” the Israeli PM said.

“We’ve also found gas, by the way, and we just concluded an MOU with some of the European countries: with Cyprus, Greece and Italy … you may be familiar with it,” he continued, clearly enjoying himself. “We’re actually exploring the laying of a gas pipeline from our offshore gas fields up to Italy. This would be, I think, very important for Europe’s economy in this way as well. Innovation, energy and every other way, we believe we are natural partners.”

Finally, the PM touched on the topic of peace. “Israel has extended its hand to peace to our Palestinian neighbors for 100 years, well before there was a State of Israel and after it was established. And for 50 years, before there was a single settlement or a single issue of territory, we were being attacked constantly,” he said.

“We were attacked not because of this or that piece of territory, but of the idea of any territory, that there would be a Jewish state, a nation-state for the Jewish people in any boundary was rejected by our neighbors,” Netanyahu pointed out. “This is what led to the conflict, and this is what continues the conflict. You see that in the continuous denial, unfortunately, by the Palestinians of Israel’s right to exist as a Jewish state, and the denial of our history.”

“For 3,000 years, Jerusalem has been the capital of the Jewish people, from the time… established by King David, well documented in the history of the Bible and the aftermath, when Jews in the ghettos of Europe whispered, ‘Next year in Jerusalem, next year in Jerusalem.’ We never lost that connection. Yet that connection is denied in UN forums, in UNESCO, in laughable decisions that seek to deny history and seek to deny historical truth,” he said.

Getting to the red, white and blue elephant in the hall, Netanyahu stressed, “Jerusalem has been the capital of Israel for the last 70 years. I think what President Trump has done is put facts squarely on the table. Peace is based on reality. Peace is based on recognizing reality, and I think the fact that Jerusalem is Israel’s capital is clearly evident to all of you who visit Israel, see where the seat of our parliament, our Knesset is, the seat of our government, my office, the President’s office, the Supreme Court. Jerusalem is Israel’s capital. No one can deny. It doesn’t obviate peace; it makes peace possible, because recognizing reality is the substance of peace, it’s the foundation of it.”

“There is now an effort underway to bring forward a new peace proposal by the American administration,” the Israeli PM told the EU FMs. “I think we should give peace a change. I think we should see what is presented and see if we can advance this peace. But if we have to begin it, I would say it’s one place: recognize the Jewish state. It’s always been about the Jewish state. And it’s time that the Palestinians recognize the Jewish state and also recognize the fact that it has a capital. It’s called Jerusalem. I believe that even though we don’t have an agreement yet, this is what will happen in the future. I believe that all or most of the European countries will move their embassies to Jerusalem, recognize Jerusalem as Israel’s capital, and engage robustly with us for security, prosperity and peace.” 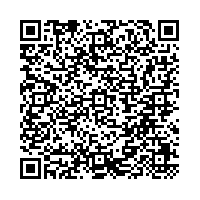