Germany, France and Britain urged the Trump administration in late October to reconsider sanctions imposed earlier in the month on Iranian banks, arguing that new sanctions would hurt humanitarian efforts and their mutual interests, Reuters reported on Tuesday.

At the same time, Germany’s Bundesbank kept more than $3 billion on deposit for five Iranian banks, including two that fell under the new U.S. sanctions, to facilitate transactions with companies doing business with the Islamic State, according to the report.

U.S. officials had raised the issue of these Bundesbank accounts with their German counterparts in recent years, one U.S. official told Reuters. However, the extent of Germany’s support for Iranian trade has not been previously reported.

A Bundesbank spokesman confirmed that Iranian banks held accounts with it, the report noted. 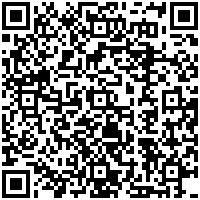