France is taking steps to help Lebanon solve its difficulties in forming a new government in the face of failed efforts to reach an agreement between the multiple ethnic factions, while street protests against the political elite continue, al-Joumhouria reported on Friday.

High-ranking diplomatic sources told the daily newspaper that France is exerting “unremitting, robust efforts” to find a solution to the crisis. President Emmanuel Macron has dispatched to the region Christophe Farnaud, head of North Africa and Middle East department at the French foreign ministry.

Lebanon’s prime minister Saad Hariri on October 29 resigned in response to the large scale and occasionally violent protests against the political class.

The cabinet remains in place in a caretaker capacity but the efforts to form a new cabinet are stalling, as the different factions are struggling for more power in the new order.

The World Bank has warned this week that Lebanon’s failure to quickly form a government that meets protesters’ demands would likely cause an even faster failure of the local economy. 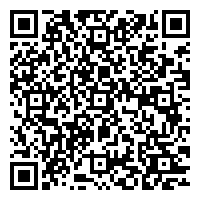