During their conversation, Netanyahu accepted an invitation from Macron to visit Paris.

The two leaders agreed to continue strengthening relations between France and Israel. They also discussed regional challenges, primarily those involving the Islamic Republic of Iran.

Following the conversation, Netanyahu said in a statement that he thanks the French president for “the heartfelt conversation and for inviting me to visit France soon, to strengthen the ties between our countries and to hold intensive deliberations on regional challenges, chiefly Iran.”

Macron’s office had yet to issue a statement. 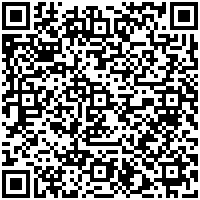