Neo-Nazis attacked a Jewish restaurant in Chemnitz, Germany, last month during far-right riots over the stabbing of a German man by Muslim refugees, Die Welt am Sonntag reported Saturday. The newspaper reported that police are investigating an incident when a dozen masked individuals stormed the kosher restaurant Schalom on August 27, shouting “Get out of Germany you Jewish pig.”

An Interior Ministry spokesman told Welt the incident “suggests at present a politically motivated crime with an anti-Semitic background.”

According to police, the neo-Nazis threw stones and bottles at the restaurant, shattering a window. They also caused damage to the building’s façade. The restaurant’s owner, Uwe Dziuballa, was injured after being hit on the shoulder with a rock.

German commissioner for anti-Semitism Felix Klein called on law enforcement agencies to bring the assailants to justice, to demonstrate that “anti-Semitic offenses will be swiftly punished,” adding, “If the reports are true, then we are dealing with a new level of anti-Semitic crime. It calls to mind the worst memories of the 1930s.” 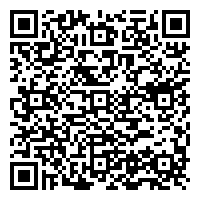