Norway’s Minister of Immigration Sylvi Listhaug says her country is now beginning to understand what the State of Israel has been grappling with for decades.

In an exclusive interview in Oslo with Ynet, Listhaug said Wednesday that Europeans are now suffering from terrorist attacks that are becoming increasingly more common.

“We are experiencing now the fear that you have experienced for decades,” she told Ynet. “Many people now understand the situation you live. We see what is happening in Sweden, in Britain and in France.”

Listhaug, whose Progress Party governs in a coalition with the Conservative Party, is a strong supporter of the Jewish State.

She also said that European nations and their citizens “need to understand the situation in Israel better, because of the terror attacks in Israel.”

She added, however, that her party’s support “does not mean that we support everything you do, but you have a right to defend your people and your borders, because you live in a region that has a lot of problems.” 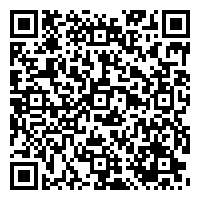