Israeli Prime Minister Naftali Bennett offered Sunday to mediate talks between Russia and Ukraine and broker a ceasefire, Axios reported, but whether the Jewish State will play any role in the talks is a different matter.

A senior Israeli official was quoted by Axios as saying that Putin told Bennett he is ready for negotiations.


However, two spokespersons for the Prime Minister’s Office declined to confirm the report when asked by JewishPress.com.

The prime minister made the offer during his call Sunday afternoon with Russia’s President Vladimir Putin to discuss the situation between Moscow and Ukraine, according to Russia’s TASS News Agency.

Ukraine President Volodymyr Zelensky’s office said Sunday afternoon in a separate statement, “The politicians agreed that the Ukrainian delegation would meet the Russian one without preconditions at the Ukraine-Belarus border, near the Pripyat River,” but did not specifically mention the Jewish State.

Israel maintains warm relations with both countries, in part due to the presence of large Jewish communities in both.

“It was also stated that the Russian delegation is in the Belarusian city of Gomel and is ready for talks with Kiev’s representatives, who have shown an inconsistent approach so far and have not yet used this opportunity,” the statement reads.

According to the Kremlin, the phone conversation was “held at Israel’s initiative,” and the sides “agreed to continue bilateral contacts at different levels.”

Earlier Sunday, Kremlin spokesperson Dmitry Peskov announced the Russian delegation, which included representatives from Russia’s Foreign Ministry, Defense Ministry and other agencies as well as the presidential administration, had arrived in Belarus for talks with Ukraine.

Late Sunday afternoon Israeli media reported that President Zelensky agreed to talks with Russia, without preconditions, on the Ukraine-Belarus border.

It is possible that Israel was involved in setting up the talks, but may not be physically present during the negotiations.

Ukraine’s President Zelensky had already asked Israel in December 2021 to broker talks with Russia, according to Ynet and other Israeli media.

Ukraine’s Ambassador to Israel Yevgen Korniychuk said in an interview with CNN this weekend, quoted by Ynet, that “Our president believes that Israel is the only democratic country that has good relations with both Moscow and Kiev and can be of assistance.”

Israel was set to hold a security cabinet meeting Sunday evening at which the events taking place in Ukraine would be discussed “in depth,” Bennett announced earlier in the day.

“On behalf of all citizens of Israel, I would like to express the hope that this conflict be resolved before the war develops further and the humanitarian consequences will be much worse than we can even imagine,” Bennett said at the start of the weekly government cabinet meeting.

“We are praying for the wellbeing of the citizens of Ukraine and hope that additional bloodshed will be avoided. We are conducting a measured and responsible policy.”

The United Nations Security Council was set to hold an emergency meeting on Sunday afternoon (Feb. 27) at the request of French President Emmanuel Macron, supported by the US, UK, Norway, Mexico, Ireland and Albania to vote on whether to refer a resolution opposing Russia’s invasion of Ukraine to the General Assembly.

Russia, which on February 25 blocked the move with its veto in a Security Council vote, is one of five permanent members of the Council. The other four, who also have veto power, include the United States, Britain, France and China.

Any vote at Sunday’s emergency session, however, will would be a procedural action, meaning only nine of the 15 members must agree. No vetoes are allowed, making it likely to proceed to the General Assembly. 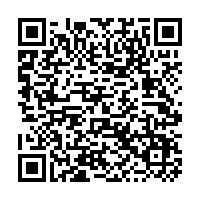