The Ukraine Parliament voted Wednesday to criminalize anti-Semitism, which it defined as “hatred of Jews,” calling for or justifying attacks on Jews, making false or hateful statements about Jews, and denying the mass extermination of Jews during the Holocaust.

The law includes language specifying that damaging buildings, monuments or religious institutions also fall under the definition of anti-Semitism.


At least 1.5 million Jews in the country prior to World War II were exterminated by the Nazis during the Holocaust. Of those, nearly 34,000 Jewish men, women and children were slaughtered in Kyiv on September 29 and 30, 1941, in what is today known as the Babyn Yar Massacre.

Ukraine’s Verkhovna Rada approved the law by 283 votes (required minimum to pass was 226 votes) in its second reading. The legislation now goes to President Volodymyr Zelensky for his signature.

Under the legislation, victims of anti-Semitic attacks may claim compensation from their attackers for material and/or moral damage. Violators can face penalties under existing hate-crime laws, according to the Kyiv Post.

The authors of the new law wrote, “The lack of a clear definition of anti-Semitism in Ukrainian legislation does not allow for the proper classification of crimes committed on its basis,” Reuters reported.

“In practice, this leads to the actual impunity of offenders,” they wrote. 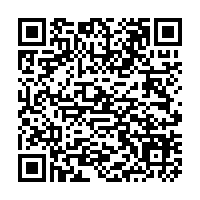