Ukraine’s Ambassador to Israel, Yevgen Korniychuk, has allegedly decided to petition the High Court of Justice to block the policy regarding Ukrainian refugees decided by Israel’s government and Interior Minister Ayelet Shaked.

Financial guarantees for the refugees are to be abolished, and instead Israeli citizens will be required to sign a form pledging that their guests will leave as soon as the state of emergency ends.

Shaked’s 5,000 Entry Permits to Run Out Soon Leaving Ukrainian Relatives of Israelis in the Cold

“If God forbid the violence does not stop within a reasonable time,” Shaked added, “we will allow them to work in Israel.”

Shaked said last week that Israel has already absorbed more refugees than any other Western country that does not border Ukraine.

“There’s no other country in the world without visa exemptions that allows for a broad policy that compares to Israel,” the Interior Minister said. “In Canada, New Zealand, the United States, and the United Kingdom, the policy is that they do not allow boarding a plane without a visa.”

Ukrainian Jews and those who are eligible for citizenship under the Law of Return would be allowed to enter with no quota.

The Ukrainian ambassador claimed via Attorney Tomer Warsha that the word “quotas” in the policy served to mask violations of international conventions and international law.

The petition reads in part: “The Honorable Court is requested to preserve the existing situation and freeze the introduction of the new policy, which prevents the entry of Ukrainian citizens into Israel, until a decision is reached on this petition, so that the policy on entry to Israel that grants exemption to Ukrainian citizens, will remain in force.”

The ambassador wrote in a statement published Saturday night by Channel N12 News, “The new Interior Ministry policy violates agreements between Ukraine and Israel regarding exemption from approval for Ukrainian citizens. Protect the rights of Ukrainian citizens.

“The Embassy of Ukraine in the State of Israel presents its compliments and referring to the late letter concerning refusals to Ukrainian citizens who are coming to Israel via Ben Gurion International Airport has the honor to request the following.

“In light of the ongoing legal consultations with Tomer Warsha Law firm the Embassy is forced to acknowledge that a number of appeals of the Mission to Israeli competent authorities were ignored and left unanswered.

“As arrival in Israel and boarding a flight will be conditional on obtaining prior approval and as the quote of the non-Jewish Ukrainians allowed to enter Israel will most likely be filled up by the time the new policy goes into effect the Embassy sees that this new policy violates the Convention Relating to the Status of Refugees.

“The new policy of the Ministry of Interior also violates bilateral agreement between Ukraine and Israel on the waiver of visa requirements for holders of national and service passports of Ukraine and of the State of Israel (Jerusalem, 21 July 2010).

“Due to the exhausted diplomatic possibilities the Embassy has no other option than to request Tomer Warsha Law firm to submit an appeal to Israeli court in order to protect rights of Ukrainian citizens.”

The attorney told Channel N12 News, “We found that not only was this a violation of international law, but that the minister was not authorized to decide as she did; it should have been a government decision or at least in consultation with the Knesset Interior Committee.”

In a separate interview, Ambassador Korniychuk attacked Israel’s policy on Friday night when speaking with Channel N12’s Ulpan Shishi, saying in response to allegations that many refugees who chose to come to Israel did so for economic reasons, “Do not pat yourself on the back! It is not easy to get to Israel and it is not the most comfortable place to stay. Your country is one of the most expensive in the world.” 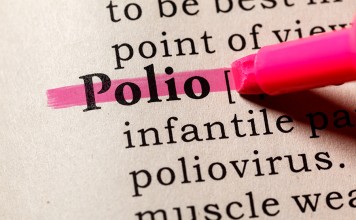