Chernigov is a large city on the Desna River in northern Ukraine, 93 miles north-north-east of Kiev. According to the census of 1897, about 11,000 Jews, out of the total population of 27,006, resided in the Chernigov and owned many tobacco plantations and fruit gardens there. There were 1,321 Jewish artisans in Chernigov, including 404 tailors and seamstresses, 69 Jewish day-laborers, almost all of them teamsters. In World War II, Chernigov was occupied by the German Army from September 9, 1941, to September 21, 1943. The Germans operated a Nazi prison and a Jewish battalion of forced labor in the city.

On February, 25 during the Russian invasion of Ukraine, the city saw its first battle since WW2 and has remained under siege by the Russian Armed Forces, according to the Russian Defense Ministry.


Enter Chernigov Mayor Vladislav Artoshenko, who on Saturday called on the citizens of his city to prepare for street combat. The Russians fired Grad missiles on the city, but later a large Russian column was destroyed outside Chernigov, including about 20 technical units. With that, the Ukrainian army has stopped the Russian army’s movement in the direction of Slobizhansk.

Then, on Monday, Mayor Artoshenko announced cash rewards for anyone who incapacitates enemy equipment – in the amount of 150,000 to 250,000 Ukrainian hryvnia (a UAH is equal to 0.033 US Dollar – DI) for each armored personnel carrier, infantry fighting vehicle or tank, as well as for dead or surrendered invaders.

At noon on Tuesday, Vitaliy Kim, the head of the Mykolaiv regional military administration, announced that residents of Mykolaiv, a.k.a. Nikolayev in southern Ukraine who will destroy Russian military machines will receive a cash reward of $1,000.

“The military machines are moving in three columns, from the direction of Snihurivka, Bashtanka. Our machines are working, our helicopters are shooting at them. We will pay a $1,000 reward for the burned machines,” Kim said in a video message he posted on Telegram.
Later, he clarified that the military equipment of the Armed Forces of Ukraine was moving around Mykolaiv and asked the citizens not to interfere with the military. “There’s a lot of equipment moving in the city, all of it ours. Don’t interfere! And don’t shoot,” Kim emphasized.
So, you’ll get your reward only for destroying Russian stuff, please be mindful…

And just as all that bounty hunting was going on, on Tuesday morning, Belarusian troops entered the Chernigov region, Suspilne News reported on Telegram: “Belarusian troops have entered the Chernigov region. Vitaliy Kyrylov, a representative of the regional department of the Ukrainian northern territorial defense, confirmed to Suspilny. More details later.” 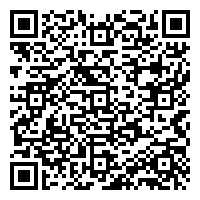