The Inter-Parliamentary Union (IPU) in Geneva, with 178 Member Parliaments and 12 Associate Members, this week adopted an emergency resolution submitted jointly by the Palestinian Authority, Kuwait, and Bahrain, condemning US plans to transfer the American embassy to Jerusalem and to cut UNRWA’s budget.

Azzam al-Ahmad, member of the Palestinian parliament, waved a picture of the violent teen Ahed Tamimi during his speech before the union’s plenum and claimed that the Israeli occupation forces are acting violently against the Arab population (to remind you, it was Tamimi who was sent to 8 months behind bars for beating, kicking and slapping an Israeli soldier who stood there and took it).


Israel’s emergency resolution, calling on the organization to condemn Iran’s involvement in terror attacks, as well as a resolution submitted by Sweden, calling to condemn sexual assault and harassment was rejected by the IPU members.

As the adopted resolutions were being announced, members of the Arab parliaments burst in wild applause.

Poland and India both voted in favor of the Arab resolutions and against the Israeli one. 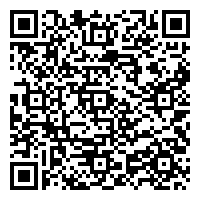