Speaking at the 61st General Conference of the International Atomic Energy Agency in Viennaa, Zeev Snir, Head of Israel Atomic Energy Commission (IAEC), stressed that “Israel takes part in the Global Initiative to Combat Nuclear Terrorism, as well as the Nuclear Security Contact Group and in many more IAEA nuclear security-related initiatives, committees and exercises..”

“Unfortunately, the Arab Group continues to abuse this professional, technical forum in order to attack Israel politically,” Snir said, suggesting that “the agenda item entitled, ‘Israeli Nuclear Capabilities,’ placed on the agenda each year, is politically driven and contradicts the IAEA Statute and mandate. We strongly object to its inclusion on the agenda. The use of this platform for political attacks undermines the spirit of mutual confidence and cooperation so needed in the Middle East.”


“The continuing unrest in the Middle East threatens peace and security worldwide and requires the attention of all member states. Political and social instability, internal conflicts and lack of governance provide fertile ground for proliferation of WMD,” Snir said, noting that Iran has a leading role in destabilizing the Middle East: “Iran continues to develop, test and deploy ballistic missiles in direct violation of UN Security Council Resolutions and supports terrorist groups throughout the Middle East.”

“Two years after the signing of the JCPOA, Iran has yet to earn the international community’s trust, due to its longstanding record of obstruction, aggression and concealment,” Sneer said, demanding that “Iran must fulfill its nuclear-related commitments in good faith, fully and transparently. The international community must send a strong message of zero-tolerance to any obstructions, and make clear to Iran that it is under close scrutiny.”

“As the Head of the Israel Atomic Energy Commission, I call upon my Arab colleagues to join forces with us to address the common challenges related to nuclear security in our region. The State of Israel has repeatedly expressed its willingness to cooperate with any state in the Middle East to strengthen nuclear security and safety,” Snir added.

Snir reminded the conference that “ten years ago, the secretive nuclear reactor at the Dair Alzour site in Syria was revealed to the international community. Many questions remain regarding this clear breach of Syria’s safeguard agreements.”

Indeed, the possibility that Syria would have been in possession of a nuclear weapons facility when the civil war broke out boggles the mind. The region and the entire world owes Israel enormous gratitude for Operation Orchard,the Israeli airstrike on the nuclear reactor in the Dair Alzour region of Syria, just after midnight, September 6, 2007. Later, a 2009 IAEA investigation reported evidence of uranium and graphite and concluded that the site bore features resembling an undeclared nuclear reactor. IAEA was initially unable to confirm or deny the nature of the site because, according to IAEA, Syria failed to provide necessary cooperation with the IAEA investigation.

“Syria’s lack of cooperation and transparency is a source of significant concern, and sets a dangerous precedent. We strongly support the Director General’s call on Syria to cooperate fully with the Agency on issues relating to all relevant sites,” Snir stressed, recommending that “the international community must persist in demanding that Syria urgently remedy its non-compliance and provide full access to all information, sites, material and persons.”

Snir concluded: “On the eve of one of our holiest days, the Jewish New Year, I wish you and all fellow delegates prosperity, success and peace in the coming year.” 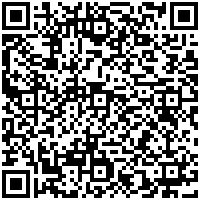