The most recent round of sanctions is part of the West’s determined effort to halt Iran’s contentious nuclear program without resorting to force. But Iran struck a belligerent tone, with Iran’s central bank governor Mahmoud Bahmani telling the semi-official Mehr News Agency that “we are implementing programs to counter sanctions and we will confront these malicious policies.” He also claimed that Iran has accumulated up to $150 million in foreign reserves to shield itself from any potential shortfall.

On June 28, the United States also imposed additional sanctions which penalize foreign countries for purchasing Iranian oil, but the Obama administration substantially minimized their potential impact by granting waivers to 20 countries – including China (Iran’s biggest oil purchaser), India, Japan, Turkey, and South Africa –  apparently satisfied that they have reduced their purchases. Still, one of the most disruptive measures in the new EU sanctions regime is the ban on EU firms insuring shipments of Iranian oil, which has ramifications far beyond the European continent, as many countries around the globe look to EU firms to insure their oil shipments.

Experts say that beyond accumulating foreign reserves, Iran will seek to balance the loss of exports with increased sales elsewhere, but there is no denying that Iran’s oil industry is taking a hit: estimates suggest that Iran’s oil exports have declined 40% this year. Considering that petroleum exports account for half its revenue, Iran is certainly feeling the pressure.

“Today, we are facing the heaviest of sanctions and we ask people to help officials in this battle,” Vice-President Mohammad Reza Rahimi was quoted by Iranian state television as saying.  Although the “dastardly sanctions” may result in “occasional confusion,” Rahimi insisted that the Iranian people would not be deterred.

Iran and the Western-led bloc of nations recently sought to make some progress in resolving the nuclear standoff before the onset of the new sanctions – with negotiations in Istanbul, Baghdad, and Moscow – but the negotiations ran aground, as the parties could not even agree on the agenda. While the Western bloc was demanding that Iran stop its high-grade uranium enrichment activities, ship all high-grade uranium out of the country, and close down the Fordo enrichment facility near Qom, Iran was focused on heading off the impending sanctions, and made negotiations on the substantive issues contingent on the suspension of the sanctions.

Passover, Plagues, …AND the Coronavirus: The Mystical Meaning – The Tamar Yonah Show [audio] 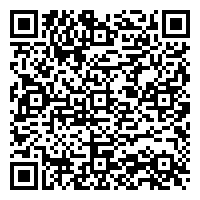