As the shelling of residential neighborhoods in Homs by Syrian troops enters its sixth day, and despite Syria’s increasing isolation, there appears to be no let-up in the Assad regime’s “iron-fisted” crackdown, and no indications of a voluntary exit on the part of Bashar al-Assad.

Yesterday, Germany, Spain, Belgium and France announced that they had withdrawn their diplomats, and the US closed down its embassy. Perhaps of more significance was another announcement yesterday that Saudi Arabia, Kuwait, Bahrain, Qatar, Oman and the United Arab Emirates – the six members of the Gulf Cooperation Council – have pulled their ambassadors. Turkey, which shares a border with Syria, also repeated its outrage at the violence, and again called for Assad to resign.

Yet Assad remains defiant, due in no small part to the patronage and support of Russia, China, and the other pariah regime in the region, Iran.

Last Saturday, an Arab-drafted, Western-sponsored Security Council resolution was vetoed by Russia and China, effectively nullifying the UN as a force in ending the strife. The move was met with widespread condemnation and open outrage on the part of Western and Arab nations.

In official statements, the Russian and Chinese ambassadors claimed that though they want to see an end to the bloodshed, the resolution “did not adequately reflect the real state of affairs.”

In reality, of course, their vetoes were driven by regional interests and global politics. Russia is one of Syria’s biggest arms suppliers with defense contracts valued in the billions. Just last month Russia signed a deal with Syria to supply combat training jets. Moreover, the Syrian port of Tartus houses a vital Russian naval base, which offers Russia its only direct access to the Mediterranean Sea. China, for its part, is one of Syria’s top importers and sees Syria as a valuable station on its global trade routes.

When viewed through a broader lens though, Russian and Chinese intransigence regarding the Syrian resolution is part of a larger pattern of obstructionism at the UN; recent years have also seen them join together to neuter UN resolutions aimed at sanctioning Iran for its nuclear program. It appears that much of their foreign policies are still premised on a Cold War calculus of thwarting what they see as America’s hegemonic designs.

But Russia and China’s obstructionism comes at a heavy cost, with Syrians across the country burning Russian and Chinese flags, and effigies of leaders Vladimir Putin and Wen Jiabao, respectively. For the US, such a sight must have been a welcome change; as it seized on the opportunity to ally with Arab states and offer its unequivocal support for the democratic movement sweeping the Arab world, the animosity of the Arab street has been redirected to Russia and China. And so, the damage to Russian and Chinese interests in the region increase with every day of bloodshed. Furthermore, the two countries are now lumped together with international pariah’s Hizbollah and Iran as Syria’s last remaining allies.

Ironically, if foreign military intervention does eventuate, it will likely be a result of the double veto at the world body. Syrian dissidents may interpret the double veto as a sign that the international community is paralyzed by inaction, and that in order to remove Assad, they will have to intensify their struggle alone. If a full-fledged civil war breaks out, Saturday’s UN vote made the battle lines clear: the West – led by the US and Europe – and the Arab League states versus Syria, its patron Russia, and its allies China and Iran. In such a circumstance, the West will come under immense pressure to offer material support to the Syrian opposition as the regime unleashes the full arsenal of its Russian-made firepower. Even now, Western inaction is becoming increasingly untenable, as reports and images of more Syrian deaths continue to saturate the media.

As it stands now, Assad has placed himself into a corner from which there is no escape. He is left with an unsavory group of allies, and resistance fighters and ordinary civilians alike are steadfast and gaining strength. It is evident to everyone but Assad and his few remaining friends that the political unrest has gained enough momentum that it can no longer be quieted by stop-gap measures like “constitutional reform”. His regime has killed too many people and committed too many human rights abuses to retain any legitimacy.

As for Russia and China, they are the new ‘Great Satans’ on the Arab street – for now at least. And it is unlikely, due to their outdated Cold War calculations and investment in the Assad regime, that they will abandon their ally any time soon. At best then, they are obstructionists attempting to cynically assert their global clout and protect their assets; at worst, they are knowing and ruthless accomplices in the deaths of over 6000 Syrians. Either way, the Syrian people, the Arab Middle East, and all those around the world fighting oppressive dictators will not soon forget Russian and Chinese complicity. 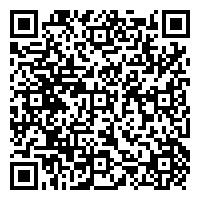