Anna’s War tells the story of a six-year-old girl (Marta Kozlova) who miraculously survived the execution of the Jews of her Ukrainian village, including her entire family, after her mother covered her with her body.

Anna hides in a chimney in the local school which the Nazis used for their headquarters. From her shelter, she watches as life passes her by until the village is liberated. Anna does not only survive but keeps her humanity under these inhumane conditions. Her memories, her parents’ heritage and a friend save her from her loneliness. 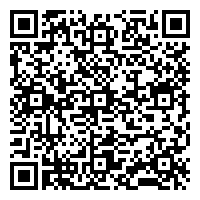