The Patriarch of Moscow and all Russia Kirill I on Tuesday led a procession from Yakerinburg’s Church on the Blood to the city’s Ganina Yama district, the initial burial site of the slain Russian royal family members, marking Russia’s observance of the 100th anniversary of the execution of deposed Czar Nicholas II and his family, which took place in Yakerinburg on July 16, 1918

New DNA tests on the remains of Russia’s last czar and his family have confirmed they are authentic. Researchers also exhumed Nicholas’ father, Alexander III, assassinated in 1881, to prove that they are father and son. The test results will likely result in the Russian Orthodox Church recognizing the remains for a full burial.


Nicholas II, his wife and their five children were shot by the Bolsheviks following the 1917 October Revolution, and their bodies were dumped in a mineshaft, then burned and buried. The remains were tracked down by amateur historians in 1979, and the Russian Orthodox Church recognized the late Czar as a martyred saint in 1981. In 2000, the Church canonized the Czar, the Czarina and their five children as holy regal martyrs for faith.

Speaking of martyred saints, Nicholas II was an avowed Jew-hater, and saw the Jews as the leaders of the Russian revolutionary movement. He promoted anti-Semitic politicians, rejected any attempt to change Russia’s anti-Jewish laws, and sponsored the violent anti-Semitic “Black Hundreds” movement. His rule was mired by pogroms against the Jews, directly perpetrated by the Czarist police and army. The Menahem Mendel Beilis blood libel trial in Kiev, designed to set off renewed persecutions of the Jews, was inspired by the czar. The Czar’s administrative pressure alongside the pogroms encouraged a million Jews to emigrate to the West. 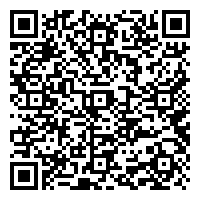