Prime Minister Benjamin Netanyahu is scheduled to stop in Moscow on Wednesday as he travel home to Jerusalem from Washington DC, where he stood with President Donald Trump as he unveiled his Middle East peace plan, “Peace to Prosperity.”

The Prime Minister’s Office had not mentioned the stopover in any previous itinerary.

The young backpacker was sentenced to seven and a half years in prison after she was caught in the airport with marijuana in her luggage while transiting through Moscow from India on her way to Israel.

“The necessary legal proceedings are in progress so that the president can make his decision on this issue in the near future,” the Kremlin told media in a statement on Tuesday.

It now remains only for the request to be signed by Russia’s President Vladimir Putin, who reassured Naama’s mother during his recent visit to Jerusalem during the Fifth World Holocaust Forum that everything “will be alright.”

As a result, there is now much speculation that perhaps Netanyahu will bring Naama Issachar back with him to Israel when he is scheduled to arrive on Thursday. 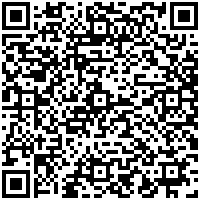